Building a generous family (instead of bigger barns)

Mark and Sharon Taylor made a decision early on in their marriage. The money they had would not be his or hers. It would be family money.

Sharon’s father was a good businessperson who became a Christian later in life. He was driven to provide well for his family. “His goal was to get as much as he could to his wife and children as possible,” Mark says.

Mark and Sharon adopted this perspective. “The idea of money belonging to the family moved down the ladder,” Mark says, from father to daughter and her husband, and then to their next generation. He recalls Proverbs 13:22, “A good man leaves an inheritance to his children’s children.”

Acquiring wealth to leave to his family was initially Mark’s total motivation in business too, he says. “We could’ve stopped working a long time ago.” Instead, he continued to buy and sell properties to provide for his wife and kids … and the grandchildren they hoped to have one day. But they had always been givers, too, tithing to their church for years. And they sometimes stretched themselves further to help with special projects.

Their children knew their parents gave to church, but they weren’t involved in the family’s giving decisions when they were younger. Giving was “the grown-up thing,” their daughter, Christine, says. “But once we got older, we started to learn more about it.” 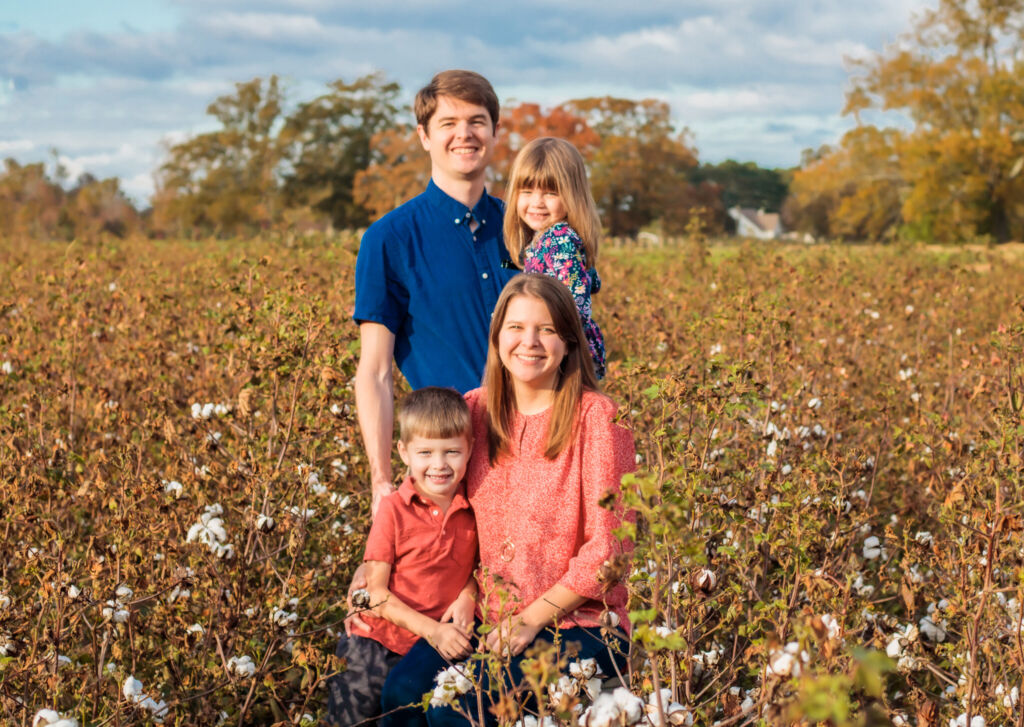 “At one time, our family was about not knowing what your left hand is doing,” their son, Drew, says.  That was the original family view. “We didn’t always know, other than the church, where our family was giving.”

But generosity was part of their family culture. “Even though we didn’t know where they were giving, we saw our parents’ involvement with charities and missions, using their time and energy in local projects,” Drew says. Mark and Sharon led mission trips, and the whole family volunteered together in their community. Drew and Christine say it was an important part of learning how to give.

“It’s more fun than writing a check!” Sharon says. “It’s another thing to join the cause.” Drew and Christine say their mom’s “go-with-the-flow” disposition when God calls her to do something has had a huge impact on their whole family.

The kids loved volunteering, but learning to give from their resources has become important to Drew and Christine too. Christine says the idea of family wealth that her grandfather demonstrated, and then her parents’ generosity, has made it easier for her to understand managing God’s wealth. “My husband works, and we have our own money. But we’ve been given so much. So it’s easier to understand that it’s not mine.”

The whole family shares this perspective – that their family wealth is really God’s wealth. And though they are passionate about different causes, they all agree on one thing: “We want to build the kingdom and the local community,” Sharon says. It’s a family value.

Drew and Christine say their mom’s “go-with-the-flow” disposition when God calls her to do something has had a huge impact on their whole family.

Growing and stretching in generosity

In 2011, when a big piece of property they acquired looked like it might produce a larger-than-expected future return, Mark and Sharon had the idea that they could “do some really cool stuff” to bring their children into their giving decisions.

They made Drew and Christine co-owners of the property and set up a family foundation in anticipation of needing a charitable vehicle for the proceeds. They’ve used the foundation to create family memories by getting together each year to decide together where to give.

Sometime after their foundation was established, God put it on their hearts that he wanted to stretch them further. Mark says Sharon caught on sooner than he did. She’d been reading books by Randy Alcorn and learned about an organization called “Generous Giving.” She felt compelled to find out more.

A Generous Giving Conference was in Orlando, not far from where they lived, Sharon discovered. And she talked Mark into attending an event. The next year at that event, they were even more inspired by meeting others who were generous. They were energized by hearing similar stories. They also met Jim Wise, who is now their financial advisor.

“He speaks my language,” Mark says.  So when Jim mentioned National Christian Foundation, Mark listened – even though he assumed he didn’t need a donor-advised fund in addition to the family foundation.

“We had no idea!” Mark says. He hadn’t heard about the benefits of giving complex gifts, but once NCF Tampa Bay’s Andrew Prilliman explained, he felt more certain about his family’s decision to make a gift of the property to NCF.

Mark and Sharon assumed their kids would one day run the foundation. However, as the kids were beginning to focus on their careers and parenting, they considered other giving options  “Simplicity is where we’re headed now,” Mark says. 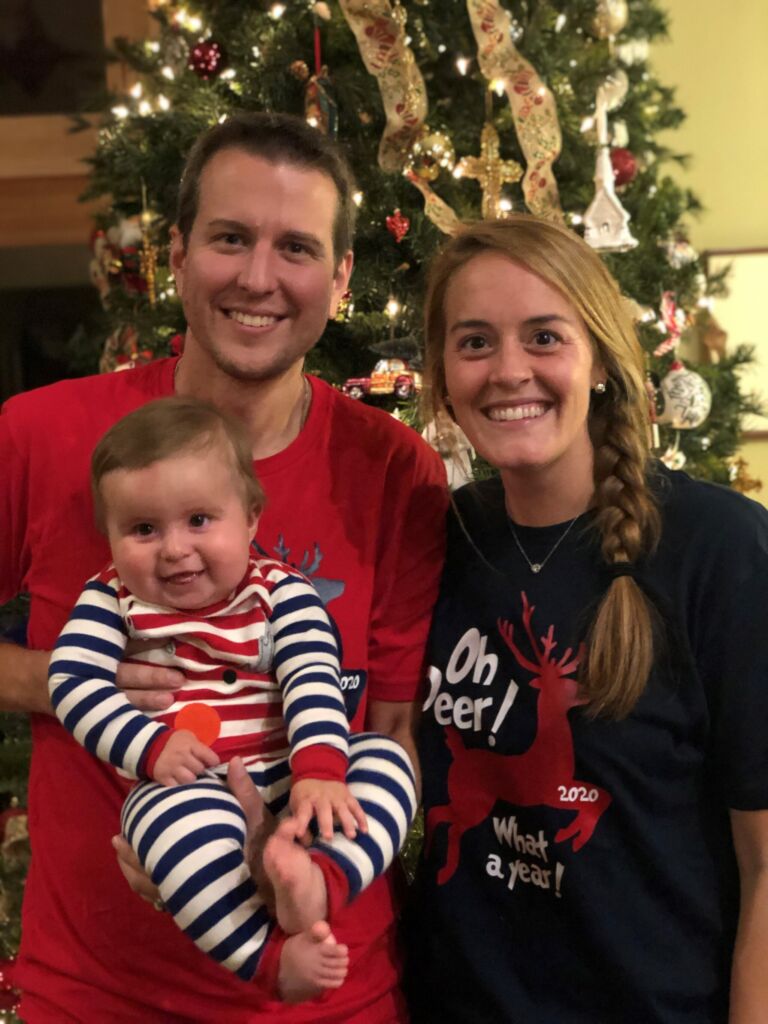 A couple of big gifts

In 2019, Mark attended NCF’s Impact conference. As he sat listening to the speaker, he became certain that he would gift the real estate to NCF to fund the family’s future granting. And, in a room full of all of these generous people and their advisors, there had to be someone in the hotel right then who could help them.

Sure enough, there was, and the gift was set in motion.

Mark is quick to point out that strategic giving isn’t always easy. It’s fun, but it can be hard. He likes that NCF has not only the expertise to make the gifts happen but also works well with other professionals who help in the process.

One particular part of the process has meant the world to their family.

Jim Wise recommended a lawyer who could help work through a few roadblocks to the gifts. But as they were doing so, their family was struggling with another issue.

Drew and his wife, Becky, knew before they were even married that they were called by God to adopt. But the first agency they worked with told Drew and Becky they weren’t ready. Now, a second adoption agency was going out of business, just after they were approved. They were left feeling helpless. Mark and Sharon were disappointed too.

Through the process, the Taylors learned that the attorney helping them with their NCF gift had a partner who worked with an adoption agency. Within a couple of months, Drew and Becky were in the adoption process again. This time, the process was completed, and they welcomed a son, Jaylen. Mark believes remaining obedient to God in giving led them to this intersection of circumstances that brought their grandson home.

In the end, because of faithfully walking through this experience, the whole growing Taylor family (Christine and her husband are also awaiting an adopted child) is going to be able to give more than they ever dreamed about. God is leading them through this process in his timing and for his purposes, Mark says. “And man, this is a lot of fun right now seeing God work!”

Mark has also changed his tune on keeping silent about his giving. As a Christian, there are times when anonymity is important, he says. “But if I can help the kingdom and encourage others to take money out of people’s pockets, I need to tell my story.”

NCF helps people create a giving strategy based on biblical principles, so they can be wise stewards of all they have and experience the joy of greater generosity.
You May Also Like