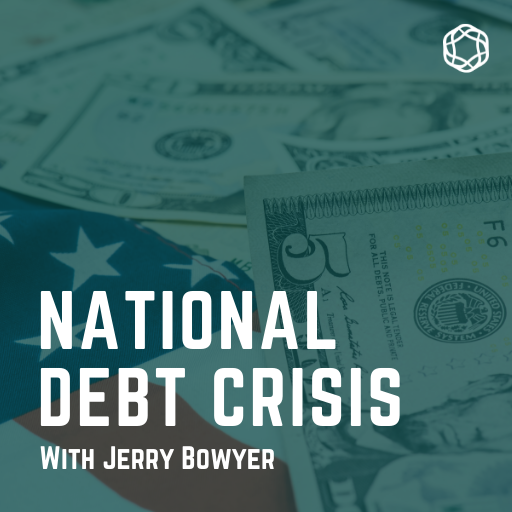 National Debt Crisis? with Jerry Bowyer
MoneyWise // Oct 13, 2021
--:--
--:--
Show Notes
During his presidency, Ronald Reagan said, “We don’t have a trillion-dollar debt because we haven’t taxed enough; we have a trillion-dollar debt because we spend too much.” The days of a trillion dollar national debt would look pretty good today. It now stands at nearly 28-trillion. Economist Jerry Bowyer, the financial editor at Townhall.com and author of “The Maker Versus the Takers: What Jesus Really Said About Social Justice and Economics,” joins Rob West to discuss what that means for the economy and your future.
•
We crossed the trillion-dollar threshold around 35 years ago, currently its 28 or 29 times that, depending on which “debt clock” you look at. Here are a few ways we got to this place:
•
We’re a people who don’t want to delay our gratification. We want what we want now, which is a moral and spiritual problem.
•
We don’t want to save first and then buy. We want to buy now and go into debt.
•
Nations that don’t practice patience and self control have debt that is out of control
•
God’s Word has a lot to say about debt, and none of it is good. However, it’s mostly about personal debt. Here are some biblical principle that apply to national debt:
•
Deuteronomy 15:6, “For the Lord your God will bless you, as he promised you, and you shall lend to many nations, but you shall not borrow, and you shall rule over many nations, but they shall not rule over you.”
•
Deuteronomy 28:12, “The Lord will open to you his good treasury, the heavens, to give the rain to your land in its season and to bless all the work of your hands. And you shall lend to many nations, but you shall not borrow.”
•
$28 trillion may sound scary, but there is another figure that should cause more worry. We are currently at 130% of GDP (Gross Domestic Product) and that’s the real problem.
•
Debt to GDP ratio compares the borrowing to the earning.
•
That ratio shows the ability to pay off debt with economic output. If earning or production slows down but borrowing doesn’t, the level of debt rises more.
•
The problem lies when you get to around 90%-100% debt to GDP ratio. That’s when the economy will slow down.
•
Debt to GDP ratio rises when the debt is growing faster than the economy.
•
In 1946, after World War Two, debt was also high at 106%. The country was able to rebound from that because of some differences in what we did then vs. what we’re doing now:
•
In 1946, we didn’t pay people not to work
•
Back then, even though the US debt was high, the other powerhouse countries weren’t doing any better. Most had more debt than the US.
•
We went back on the gold standard, which means if we were going to borrow the money, we couldn’t simply print money to pay it back.
•
Is it possible to climb out of this $28 trillion debt? Are we headed for a debt crisis or default, and if so, what would that look like?
•
The world would sell off United States Treasuries
•
The dollar would quickly decline in value
•
Export prices would rise
•
Interest rates would rise
•
The best thing that we, as individuals, can do to protect ourselves from the effects of this debt is to diversify our assets both domestically and internationally. But Jerry reminds us that we, as God’s people managing God’s money, need to continue to follow biblical principles of investing for the future. Most importantly, we should avoid living in fear and, instead, trust God to take care of our needs. And as we set money aside for our own emergencies, we should also try to have enough to help our neighbors when something bad happens.
On this program we answer a few of your questions at 800-525-7000 or Questions@MoneyWise.org including the following:
•
I currently have $251,000 in company matched stock, the cost basis is $64,500. My outside brokerage company is telling me I need to do a NUA (Net Unrealized Appreciation), should I do it?
•
My wife and I have a fixed price contract on a new build of a townhome, we signed this in November of 2020. We recently were notified that we would have to pay an additional $20,000, due to the spike of materials in May. However, our lumber was delivered in April. We will be discussing this with the builder and developer, what would be the christian response to a problem like this?
Remember, you can call in to ask your questions 24/7 at (800) 525-7000 or email them to Questions@MoneyWise.org. Also, visit our website at MoneyWise.org where you can listen to past programs, connect with a MoneyWise Coach, and even download free, helpful resources like the free MoneyWise app. Like and follow us on Facebook at MoneyWise Media for the very latest discussion! And remember that it’s your prayerful and financial support that keeps MoneyWise on the air. Help us continue this outreach by clicking the Donate tab on our website or in our app.

Biblical Wisdom For Your Financial Journey